The TRYB4UBUY Ep covers are a 4 piece release by release evolution of a fake yellow pages advertisement section. The maturing of the series sees the covers become increasingly scribbled on in a child-like manner of doodles and illustrations, appearing to mock the adverts when in reality reveals hidden truths behind the exaggerated breadths the adverts take to disguise truths. We added selective copy to help accentuate this such as phone numbers with real scam numbers. The campaign as set out by Havelock and Flower Up was to drive a story around social issues for fans to dig into, see motion for the fake advertisements that coincide with these covers. 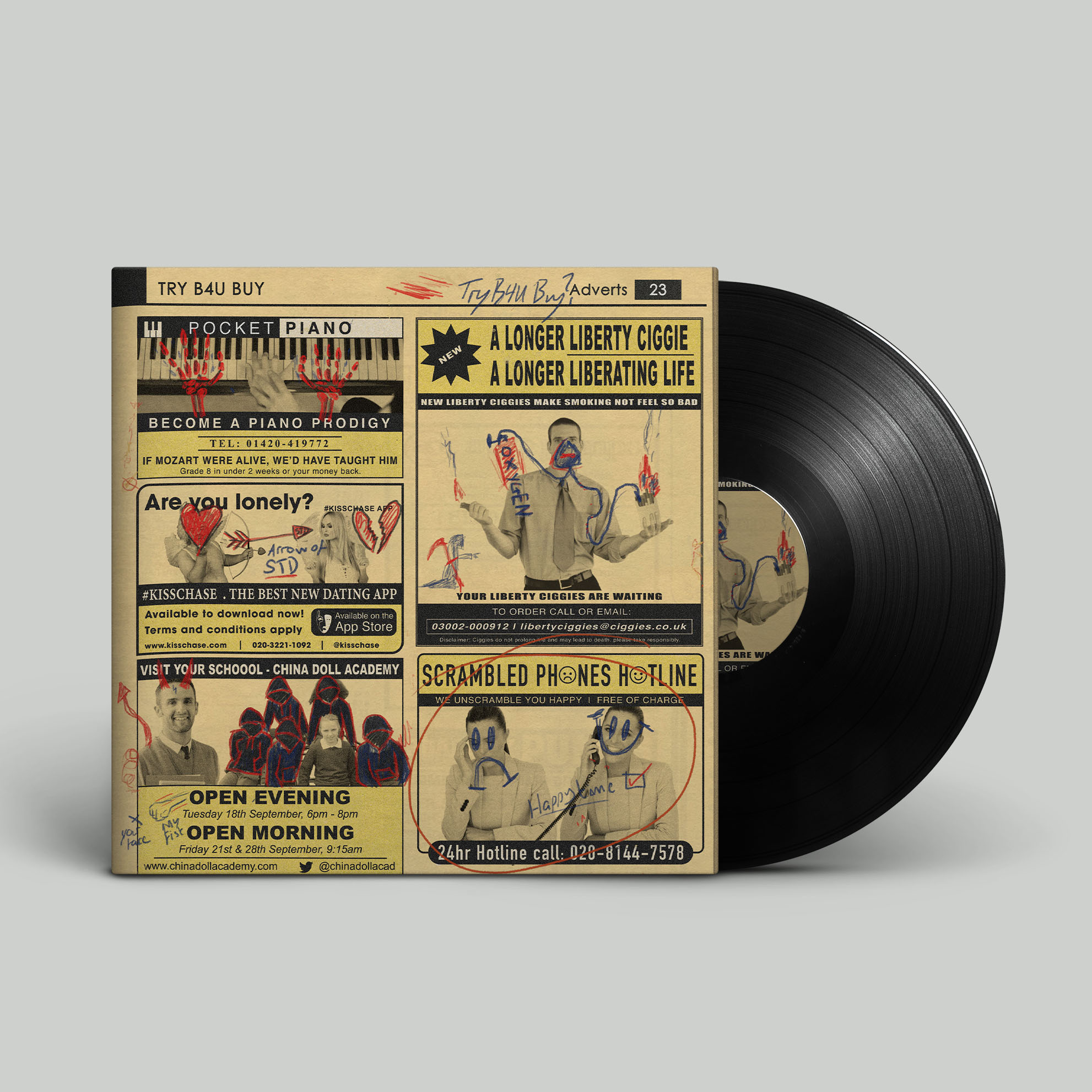